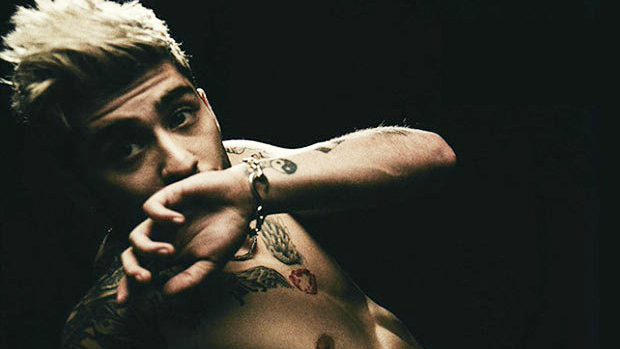 Bio:Zayn Malik (born Zain Javadd Malik in Bradford, England on January 12, 1993) is a British singer and former member of One Direction. He auditioned for seventh season of The X Factor in 2010 as a solo artist and was almost eliminated because he refused to dance. When Zayn failed to qualify individually on the show, Simon Cowell added him to One Direction, which he formed with other X Factor contestants, Liam Payne, Niall Horan, Harry Styles and Louis Tomlinson. One Direction announced Zayn’s departure from the band on March 25, 2015, and on Jan. 29, 2016, Zayn released his first solo single, “Pillowtalk.” His debut album, Mind Of Mine was released on the one year anniversary of him leaving 1D — March 25, 2016. Zayn has also acquired somewhat of a modeling career since his departure from One Direction. He’s graced the covers of Interview, PAPER, Elle, British GQ, and more.

Best Known For:Zayn is known for his active years as a member of once Direction. Zayn and the rest of One Direction made history in March 2012 when their debut album, Up All Night, hit #1 on the U.S. Billboard charts, a first for a British group.

Personal Life:In his personal life, he has dated fellow X Factor contestant Rebecca Ferguson and Geneva Lane of the girl group Belle Amie. Zayn started dating Perrie Edwards of the girl group Little Mix in Dec. 2011, and the couple got engaged in Aug. 2013. Sadly, Zayn broke off the engagement in Aug. 2015. In Nov. 2015, Zayn was reported to be dating Gigi Hadid, who also appeared in his music video for “Pillowtalk.” They made their relationship official in Dec. 2015 when they began sharing photos of each other on social media. The two reportedly split in June 2016. However, they got back together the same month. They’ve been dating ever since.