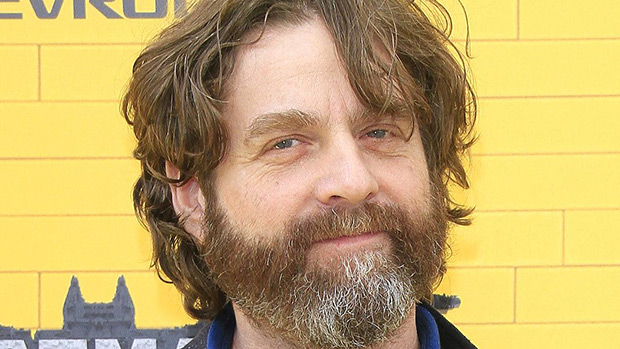 Bio:Zach Galifianakis (born October 1, 1969 as Zacharius Knight Galifianakis) is a stand-up comedian and actor. Zach made his start as a stand-up comedian in New York City and starred in his own Comedy Central Presents episode in 2001. He had small roles in independent movies and television, before gaining stardom in the 2010 hilarious comedy, The Hangover. He won MTV Movie Awards’ “Best Comedic Performance” award for the film. Zach’s gone on to star in The Hangover II, The Campaign, and the HBO series, Bored To Death.

Best Known For:Galifianakis is best know for his role as Alan (aka Fat Jesus) in the movie, The Hangover. His bushy beard is also a well-known trait of Zach’s.

Personal Life:Zach was born in Wilkesboro, NC to Mary Frances, who ran a community center for the arts, and Harry, a heating oil vendor. He fell just short of graduating from North Caroline State University, before moving to perform stand-up comedy in New York City. Zach married Quinn Lundberg, a 29-year-old charity founder, in August 2012. They had their first child in Sept. 2013.

Nicole Kidman’s Kids: Everything To Know About Her 4 Children With Tom Cruise & Keith Urban