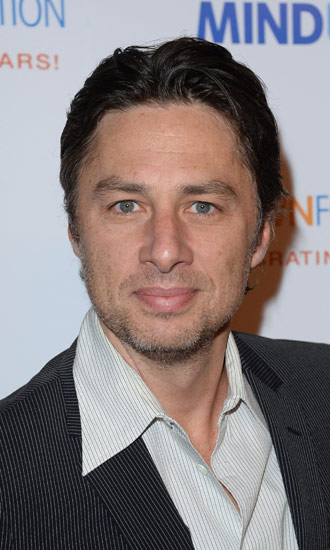 Bio:Zach Braff (born Zachary Israel Braff, in South Orange, New Jersey on April 6, 1975) is an American actor, director and screenwriter. Zach’s first major role in a television show came in 2001 on the medical comedy TV series Scrubs. During his time on the show, he was nominated for three Golden Globes and an Emmy. He also took on the role of director on several episodes including its one-hundredth. In 2004, he wrote, directed, produced, and starred in Garden State. He has also directed several music videos.

Personal Life:Zach was in a relationship with model Taylor Bagley from 2009 to 2014.