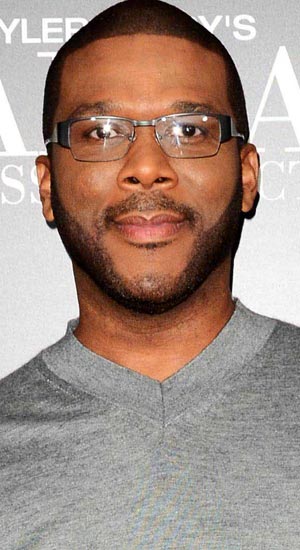 Bio:Tyler Perry (born Emmitt Perry, Jr. in New Orleans, Louisiana, on September 14, 1969) is an American actor, director, screen and playwright, producer, author, and songwriter. He is best known for creating and performing the character of Mabel “Madea” Simmons, starting with the feature film, Diary of a Mad Black Woman, in 2005. He has since created many films featuring and performing as Madea. In 2011, Forbes named him the highest paid man in entertainment, earning $130 million between May 2010 and 2011. In 2009, he teamed up with Oprah Winfrey to present the film Precious, based on the book, Push, by Sapphire. Perry is also the creator and executive producer of the television shows, House of Payne and Meet the Browns.

Best Known For:Perry is best known for writing, producing, and starring in feature films about the character Madea Simmons, whom he performs in drag.

Personal Life:Perry identifies as a devout Christian. He remains unmarried. Perry has often defended his work among critics that claim his TV shows and movies project negative stereotypes about African Americans characters to a largely African American audience. Perry lives and works in Southwest Atlanta, where he operates the Tyler Perry movies and TV studios.