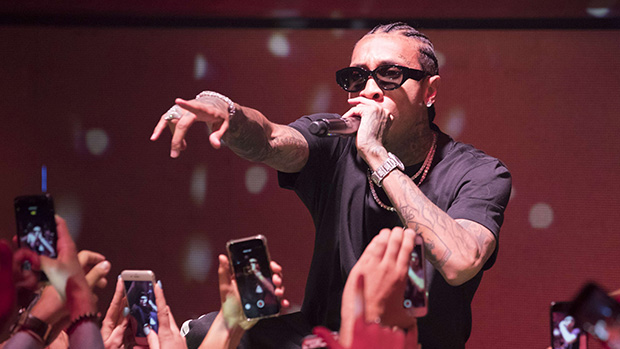 Bio:Tyga (born Michael Ray Nguyen-Stevenson in Compton, California on November 19, 1989) is an American rapper. He first rose to fame with his debut single “Coconut Juice,” featuring Travie McCoy. He released his first independent album No Introduction in 2008. His second studio album, Careless World: Rise of the Last King, was released in 2012. “Far Away,” “Rack City,” and “Faded” were a number of hit singles on the album. He released Hotel California and The Gold Album: 18th Dynasty in 2013 and 2014.

Best Known For:Tyga is best known for his hit singles, including “Faded,” “Rack City” and “Make It Nasty.” His friendship with Kylie Jenner has also brought him considerable attention.

Personal Life:Tyga dated Blac Chyna from 2011 to 2014. They welcomed a son, King Cairo Stevenson, on Oct. 16. 2012. In the summer of 2014, rumors started swirling that Tyga and Kylie were dating, but both of them denied the relationship for months. In early 2015 it was Kylie’s brother-in-law, Kanye West, who confirmed that the two were “in love.”