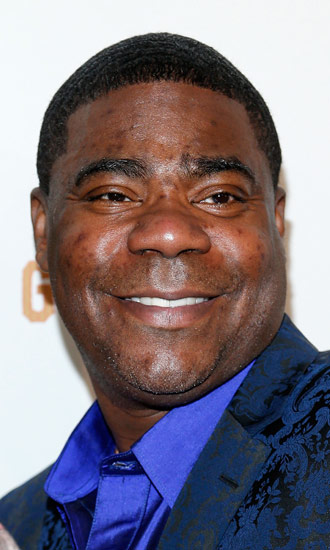 Bio:Tracy Morgan (born Tracy Jamal Morganon November 10, 1968 in The Bronx, New York, ) is an American actor and comedian. Tracy was born in the Bronx and raised in a Bedford Stuyvesant housing project. His father, musician Jimmy Morgan, left Tracy and his family when he was six years old. Tracy dropped out of school to sell drugs in order to provide for his high school girlfriend, who he married, and their first son. Tracy started performing comedy on the streets, and after his best friend was killed, he stopped selling drugs to focus on his art. After a successful showing at Harlem’s famous Apollo Theatre, Tracy made his debut on Martin Lawrence’s television show, Martin. In 1996, he joined the cast of Saturday Night Live, spending the next eight seasons on the show. Tracy starred in 2003’s The Tracy Morgan Show but it was cancelled after one season. Tracy was one of the stars of the NBC sitcom 30 Rock, which ran from 2006 to 2013. In June 2014, Tracy was in a six-vehicle accident in New Jersey. Tracy was a passenger in a car that was struck from behind by a tractor-trailer operated by Walmart. The crash killed Tracy’s friend, comedian James McNair, and left Tracy severely injured. Tracy sued Walmart for negligence in July 2014 and in May 2015, he and the store settled the lawsuit for an undisclosed amount.

Best Known For:Tracy is known for his role as Tracy Jordan on 30 Rock, alongside Tina Fey and Alec Baldwin. He is well-known comedian after his eight-season run on Saturday Night Live.

Personal Life:Tracy married his high school sweetheart Sabina Morgan in 1985. They have three sons together: Tracy Jr., Malcom and Gitrid. They divorced in 2009 after 23 years of marriage. He became engaged to model Megan Wollover in 2011, and they had daughter Maven Sonae in 2013.