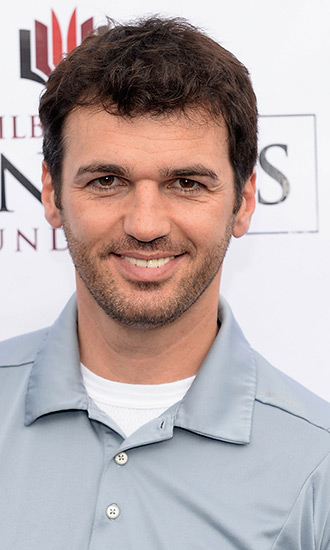 Bio:Tony Dovolani (born Driton Dovolani on July 17, 1973 in Pristina, SFR Yugoslavia) is an Albanian professional ballroom dancer. He has coached Jennifer Lopez and Richard Gere, and won season 15 of Dancing with the Stars: All-Star Season, taking home the Mirrorball Trophy. He is a co-founder of Dance With Me USA, a series of dance studios in New York, New Jersey and Connecticut. Dovolani is currently competing on season 20 of Dancing With The Stars with partner Suzanne Somers.

Best Known For:Tony Dovolani is best known for being on ABC’s Dancing With The Stars.

Dovolani started dancing at age three. When he was fifteen, his family emigrated to Connecticut, where he began attending classes at the Fred Astaire Dance Academy. Dovolani met his wife, Lina, on a blind date — and proposed to her four hours later. They have three children: daughter Luana, and twins Ariana and Adrian.