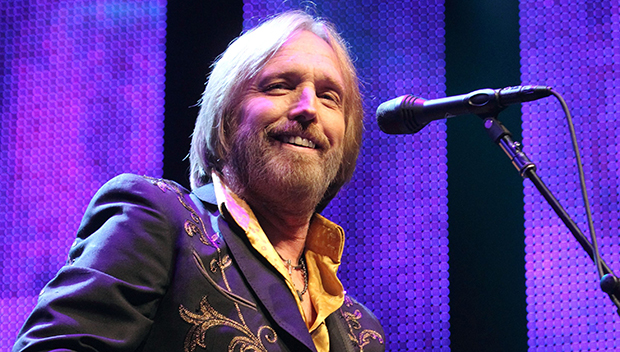 Bio:Tom Petty (born Thomas Early Petty in Gainesville, Florida on October 20, 1950) was an American musician, singer, songwriter and record producer. Petty began playing music while he was in high school; he eventually dropped out of school at age 17, to join his first band, Mudcrutch. However, he was best known as the lead singer of Tom Petty and the Heartbreakers, the rock group behind the hit singles, “American Girl”, “Free Fallin” and “I Won’t Back Down”. He once explained that he knew he wanted to be in a band after he saw The Beatles play. Throughout his career, Petty sold more than 80 million records worldwide, which marked him as one of the best-selling artists of all time. Petty and The Heartbreakers were inducted into the Rock and Roll Hall of Fame in 2002. Petty was known as a big Elvis Presley fan. On October 2, 2017, Petty was found unconscious inside his Malibu home, transported to UCLA Santa Monica Hospital in full cardiac arrest and was pronounced dead later in the day. On September 25, just one week before his death, he played his final concert at the Hollywood Bowl. The concert was the last date on their tour to celebrate the band’s 40th anniversary.

Best Known For:Tom Petty is best known for being a music icon. He was well known as the lead singer of Tom Petty and the Heartbreakers. We was also known as a member and co-founder of the late 1980s supergroup, the Traveling Wilburys. He played under the pseudonyms, Charlie T. Wilbury Jr. and Muddy Wilbury. Petty was also known for his first band, Mudcrutch.

Personal Life:Tom Petty had a difficult relationship with his father, who didn’t favor his son’s love for music and the arts. Petty was very close with his mother, and brother, Bruce. Petty was married to Jane Benyo for 22 years [March 31, 1974-Sept. 9 1996] before divorcing in Sept. 1996. They have two daughters together, Adria and AnnaKim Violette. He married Dana York Epperson on June 3, 2001; they met when she attended one of his concerts in 1991. Tom Petty died on Oct. 2, 2017.