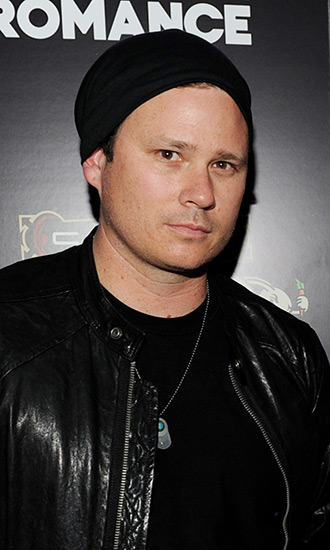 Bio:Tom DeLonge (born Thomas Matthew DeLonge, Jr., in Poway, California on December 13, 1975) is an American musician, songwriter, and entrepreneur. His first taste of music was at eleven when he received a trumpet for Christmas. Shortly after he received his first guitar and formed Blink-182 with bassist Mark Hoppus and drummer Scott Raynor while in high school. His group became a huge success in 1999 with the release of their album, Enema of the State. It featured three hit singles and went quadruple-platinum in the US, and sold more than 15 million copies worldwide. Aside from his success in Blink-182, Tom manages Macbeth Footwear, and technology and design firm  called Modlife. He also released a children’s book, The Lonely Astronaut on Christmas Eve, in 2013. In Jan. 2015, it was announced Tom had left the band indefinitely.

Best Known For:Tom is best known for being the guitarist and co-lead vocalist of the band Blink-182.

Personal Life:Tom married Jennifer Jenkins on May 26, 2001 and the couple has one son and one daughter.