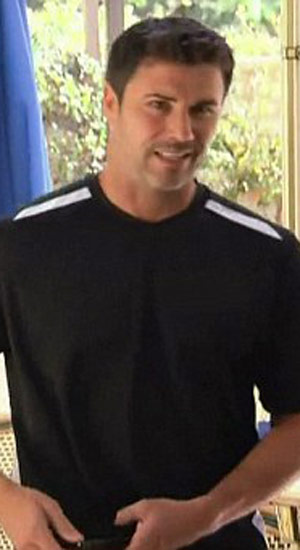 Bio:Todd Waterman is a former professional soccer player and film animator. He worked on movies such as Mulan, Stuart Little, and Anastasia. Todd is known for being Kris Jenner’s “other man”. The two had an affair in 1989, while Kris was married to the now-late attorney, Robert Kardashian. After filing for divorce, Kris and Todd went public with their relationship, only to end it shortly thereafter, when Kris began dating Olympic athlete, Bruce Jenner. Their illicit affair was revealed in Kris’ controversial tell-all, Kris Jenner and All Things Kardashian. In recent episodes of Keeping Up With the Kardashians, Kris meets up with Todd again, leading to rumors echoing the sentiment: once a cheater, always a cheater.

Best Known For:Todd had an affair with Kris Jenner while she was married to the infamous OJ Simpson attorney, Robert Kardashian. Kris left Robert for Todd, and many rumors have circulated that Todd could be Khloe Kardashian’s real father. Recent rumors have pinned Kris and Todd together again, and many have speculated that Todd Waterman could be the catalyst of a possible second divorce for Kris Jenner.

Personal Life:Todd met with Kris Jenner on Keeping Up With the Kardashians, and the two have been rumored to be flirting (or more) again.