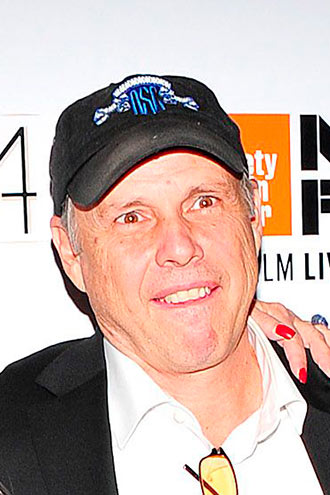 Bio:Todd Fisher (born Todd Emmanuel Fisher in Burbank, CA on Feb. 24, 1958) is an American actor, director, producer, and cinematographer of TV films and documentaries. Todd has a professional history in architectural design and sound engineering. He is also a business man. Todd is the former CEO, CFO, president and treasurer of the Debbie Reynolds Hotel and Casino, Debbie Reynolds Management Company, Inc., and Debbie Reynolds Resorts, Inc. Todd’s current career venture is in North Hollywood and at his ranch in Creston, CA, where he is the CEO and curator of the Hollywood Motion Picture Museum, which happens to be located at Debbie Reynolds Studios in North Hollywood. Todd became an ordained minister in 1982. After that he founded Hiding Place Church with musician Henry Cutrona.

Best Known For:Todd Fisher is best known for being an actor, director and producer. He is also known for his celebrity family. He is the son of the late actress, Debbie Reynolds [Dec. 28, age, 84] and the late actor, Eddie Fisher [Sept. 22, 2010, age, 82], as well as the brother of the late Carrie Fisher, [Dec. 27, age, 60]. He is the half-brother of Tricia and Joely Fisher, who are also actresses and singers. His niece is Scream Queens actress, Billie Lourd the daughter of Carrie.

Personal Life:Todd Fisher married Catherine Hickland, an actress and businesswoman in 2012, and the two have homes in Las Vegas and CA. Catherine is Todd’s third wife. He was married to Donna Freberg until they divorced (the year is unknown). Then, Todd married Christi Zabel. She sadly passed from cancer in 2008. On Dec. 27, his sister Carrie passed away after she took a massive heart attack on Dec. 23. His mother, Debbie passed away the day after on Dec. 28, after she reportedly suffered a stroke inside his Beverly Hills home the same day.