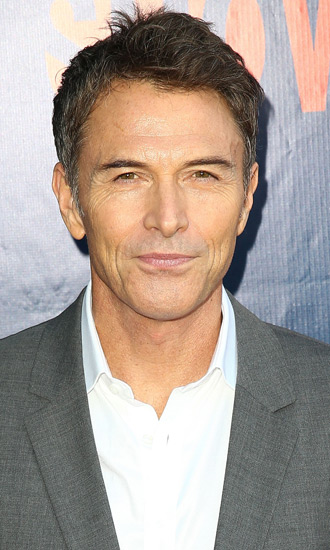 Tim Daly (born James Timothy Daly in New York City, New York on March 1, 1956) is an American screen and stage actor. He is best known for starring as Pete Wilder on Private Practice from 2007 to 2012. He also starred on the NBC sitcom Wings as Joe Hackett and voiced the role of Superman/Clark Kent in Superman: The Animated Series. He earned an Emmy nomination for his recurring role of J.T. Dolan on The Sopranos. He is currently playing Tea Leoni’s husband on Madam Secretary.

Best Known For:Tim is best known for his roles on various television series, including Private Practice, Wings and The Sopranos.

Personal Life:Tim was married to Amy Van Nostrand from 1982 to 2010. They have two children together – Sam and Emelyn. Tim is currently dating his Madam Secretary co-star, Tea Leoni. His sister is actress Tyne Daly.

‘Grey’s Anatomy’ Recap: A Man From Meredith’s Past Comes Back Into Her Life