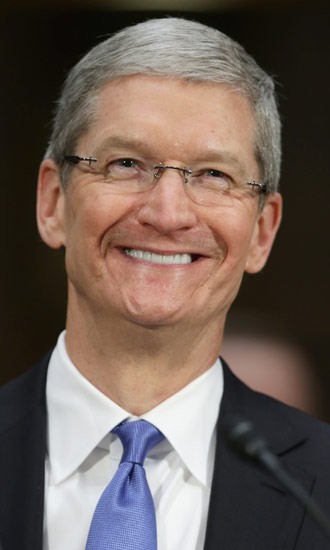 Bio:Tim Cook (born Timothy Donald Cook on November 1, 1960) is an American business executive. He is currently the CEO of Apple Inc. Tim started his career at IBM, eventually serving as the Director of North American Fulfillment. He spent 12 years there before becoming the COO of the computer reseller division at Intelligent Electronics, and then he moved on to Compaq to serve as their VP for Corporate Materials. He stayed there for six months before joining Apple in 1998 at Steve Jobs‘ request. He first served as the SVP for Worldwide Operations. In 2007, he was promoted to COO; in 2009 and 2011, he served as CEO during Steve’s leaves of absence. Steve officially resigned as CEO in August 2011, naming Tim his replacement. Tim’s partnership with Steve was credited for raising the company from $6 billion in 1998 to the $100 billion in revenue that Apple enjoys today.

Tim begins his days sending e-mails at 4:30 a.m., and regularly holds Sunday night phone meetings in order to prepare for the week ahead.

Best Known For:Tim is best known for succeeding Steve Jobs as CEO of Apple Inc. in 2011.

Personal Life:On Oct. 30, Tim Cook came out as gay, telling Bloomberg Businessweek: “I’m proud to be gay, and I consider being gay among the greatest gifts God has given me.”

Tim is a fitness enthusiast, and is committed to making Apple more green. In 2006, he was misdiagnosed with multiple sclerosis.

Ashley Benson On Hollywood Standards: ‘I Get Told All The Time To Lose Weight’