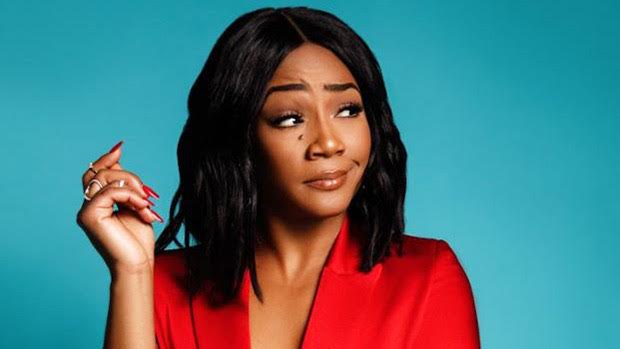 Bio:Tiffany Haddish (born on December 3, 1979 in Los Angeles, CA) is an American actress and comedian. She gained fame on OWN television network’s show “If Loving You Is Wrong,” in which she played Jackie from 2014 to 2015. Then, from 2015 to 2017, Tiffany starred as Nekeisha Williams on the NBC sitcom The Carmichael Show, before her breakthrough role as Dina in the critically-acclaimed comedy Girls Trip. Shortly after, in August 2017, Tiffany’s stand-up show, Tiffany Haddish: She Ready! From the Hood to Hollywood premiered on Showtime, and she also became the first black female comedian to host Saturday Night Live. In December 2017, Tiffany released her memoir, The Last Black Unicorn, which debuted at number 15 on the New York Times best-seller list. She is currently set to lead in the comedy Limited Partners and star alongside Kevin Hart in the comedy film Night School. Tiffany will be hosting the MTV Movie & TV Awards on May 6, 2018!

Best Known For:Tiffany Haddish is best known for her role in Girls Trip.

Personal Life:Tiffany got into comedy at age 17 after she was given an ultimatum to either go to psychiatric treatment to help her recover from childhood trauma or go to the Laugh Factory Comedy Camp. She was mentored by the Wayans brothers, Richard Pryor, and Dane Cook and says comedy “literally saved my life.” Before her success on camera, Tiffany was homeless and lived in her car through her 20s. She married and divorced William Stewart twice — filing for divorce once in 2011 and again in 2013. In her memoir, Tiffany claimed she suffered a miscarriage after William physically abused her.