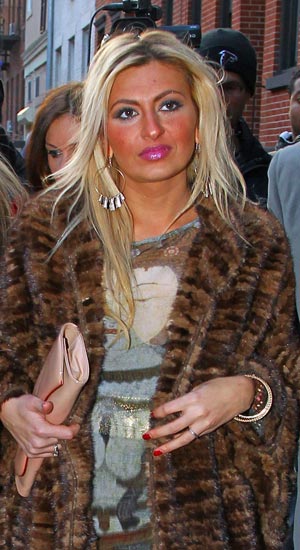 Bio:Tiffany Eve Mitchell is a psychic from West Palm Beach, FL who currently resides in New York City, NY. She gained notoriety after getting into an altercation with Lindsay Lohan at Avenue, a NY nightclub, on November 28, 2012, during which Lindsay punched her in the face. The incident resulted in Lindsay’s arrest.

Best Known For:Being punched in the face by Lindsay Lohan

Personal Life:Tiffany is married, though her scuffle with Lindsay Lohan began after the two were competing for the attention of Max George of The Wanted.