The Miz’s Genie transformation for Disney Heroes Night on ‘DWTS’ was some amazing movie magic. The WWE star revealed the intense process of how he became BLUE in a behind-the-scenes video!

The Miz took his role as the Genie for his latest Dancing With the Stars performancevery seriously. The WWE legend didn’t just dress up as the Genie for Disney Heroes Night on October 11, he literally went blue for the routine. With prosthetics and a bald cap, The Miz became the Genie. You’ve got to admire The Miz for his dedication!

A post shared by Mike "The Miz" Mizanin (@mikethemiz)

In a behind-the-scenes video before the live show, The Miz revealed just how he became the Genie. The transformation process started with The Miz getting his bald camp and prosthetic ears, followed by blue paint. Then things gotveryintense.

After he got the base blue makeup on, the makeup artists sprayed even more blue paint on The Miz. He took it all in stride. He also had deeper blue eye makeup put on his face as well.The Miz completed his Genie look with velvet harem pants, a red cummerbund, gold bracelets, a goatee, and a tiny ponytail. 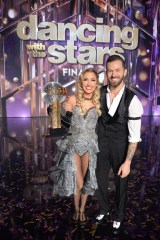 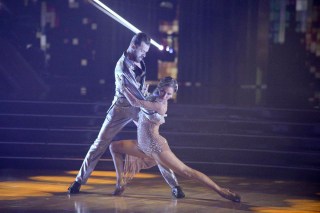 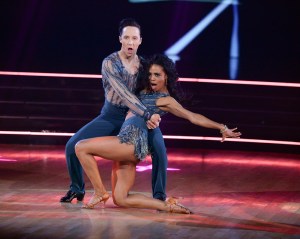 Host Tyra Banks surprised the pairs by revealing at the end of the night that no one was getting eliminated on Disney Heroes Night. Jimmie Allen and Emma Slater were awarded two extra points by winning the Mickey Dance Challenge, moving them up the leaderboard. Melora Hardin and Artem Chigvintsev were at the top of the leaderboard after getting all 9s from the judges.

The Miz and Witney will dance again on Disney Villains Night, which is set to air on October 12. They will be dancing the Argentine tango to “Be Prepared” from The Lion King.

Victoria’s Secret Angels: Their Number One Ab Workout That You Can Do Anywhere

’90 Day Fiance: Before The 90 Days’ Tell-All: Ash Drops A Bombshell On Avery Amid Tom Drama

‘DWTS’ Star Melora Hardin Looks Ahead After Getting The First 10: ‘I’m In It To Win It’