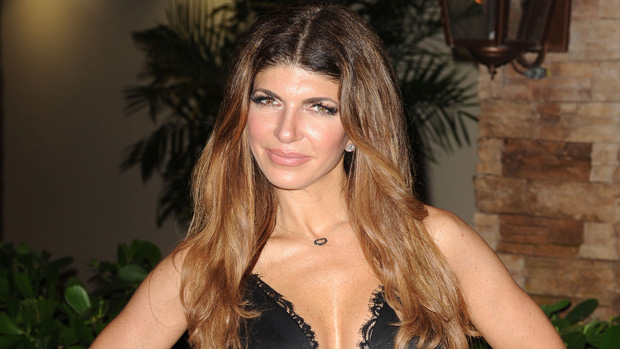 Bio:Teresa Giudice (born Teresa Gorga in Paterson, New Jersey on May 18, 1972) is an American reality television personality, writer, and businesswoman. She rose to fame after starring in The Real Housewives of New Jersey. Prior to the show, she studied Fashion Marketing and Management at Berkeley College. She then went to work for Vogue and Macy’s in New York City as an associate buyer. Later, Teresa developed her own online boutique called TG Fabulicious. She is now a New York Times bestselling author for her three Italian cookbooks, Skinny Italian, Fabulicious!: Teresa’s Italian Family Cookbook, and Fabulicious: Fast & Fit. She appeared on Season 5 of The Celebrity Apprentice, but was fired during the third to last episode of the season.

Personal Life:Teresa married her high school sweetheart, Giuseppe “Joe” Giudice. She is the proud mother of four children, Gia, Gabriella, Milania, and Audriana with her husband Giuseppe Giudice. They currently live in Towaco, New Jersey. In 2009, the couple filed for bankruptcy due to their $11 million debt. In 2011, Joe was accused of fraud and faces a possible plea bargain. In 2013, she and Joe were charged on 39 counts of mail fraud, bank fraud, and tax fraud, an indictment that carries a maximum sentence of 50 years.