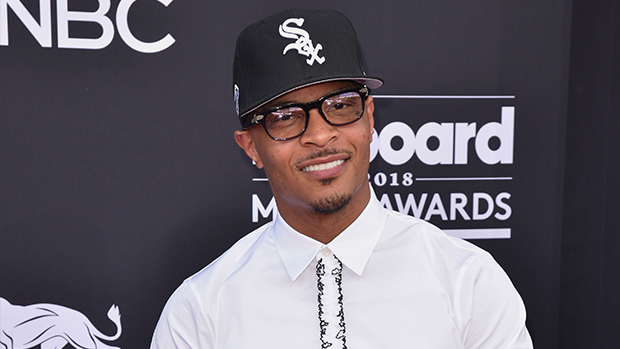 Bio:T.I. (born Clifford Joseph Harris, Jr. on September 25, 1980) is a rapper and record producer from Atlanta, Georgia. He started rapping with the group Pimp Squad Click (P$C) and is now the founder and CEO of Grand Hustle Records, which he started in 2003. T.I. has released nine albums, won three Grammy Awards, and has collaborated with artists such as Beyonce and Lil Wayne. T.I. and his wife, Tameka “Tiny” Harris, appeared on two different Vh1 reality shows: T.I.’s Road to Redemption and T.I. & Tiny: The Family Hustle. Fans of the rapper don’t just follow along with his marriage, though, but his feuds with other artists as well, including Ludacris, Shawty Lo, Lil Flip, and Azealia Banks.

Best Known For:T.I. is best known for his popular collabs, as well as his relationship with Tiny.

Personal Life:T.I. has been to county jail twice for probation violations. He also served 11 months in prison for a federal weapons charge. The rapper married Xscape singer Tameka “Tiny” Harris in 2010 after dating for nine years. She, however, filed for divorce in December 2016. The couple continued to work on their relationship, though, and are currently in a good place. T.I. and Tiny have three children together, Clifford “King” Joseph, Major Philant and Heiress Diana. He also has three children from two previous relationships: Messiah Ya’ Majesty, Domani Uriah, and Deyjah Imani.