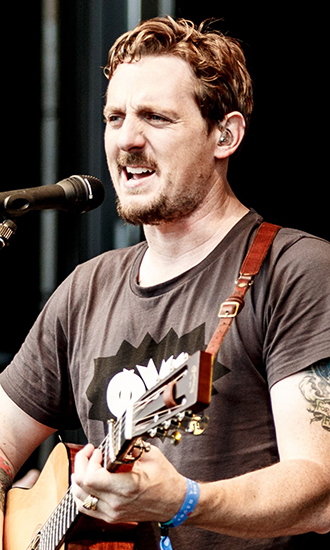 Bio:Sturgill Simpson (born in Jackson, Kentucky on June 8, 1978) is an American country music and roots rock singer/songwriter. He has released three albums as a solo artist. His third album, titled, “A Sailor’s Guide to Earth” and his first on a major label [Atlantic Records], was nominated for Album of the Year at the 2017 Grammys. It was released in March 2016, and sold fewer than 200,000 copies. Rolling Stone ranked his second album, “Metamodern Sounds in Country Music” No. 18 on their 2014 50 Best Album’s list. NPR also placed his “Metamodern Sounds In Country Music” album on their 50 Favorite Albums of 2014 list. He will make his Saturday Night Live debut, Jan. 14, 2017.

Best Known For:Sturgill Simpson is best known for being a singer/songwriter who’s solo career gained major recognition in 2014 when his second album, “Metamodern Sounds in Country Music”, was picked up on multiple top albums lists. He gained major recognition again when his third solo album, “A Sailor’s Guide to Earth” was nominated for a Grammy for Album of the Year in 2017.

Personal Life:Sturgill Simpson is married and lives with his wife in Nashville, TN, since 2010. He and his wife have a son who was born in 2014. Sturgill has reportedly had struggles with alcohol, but has been sober for years.