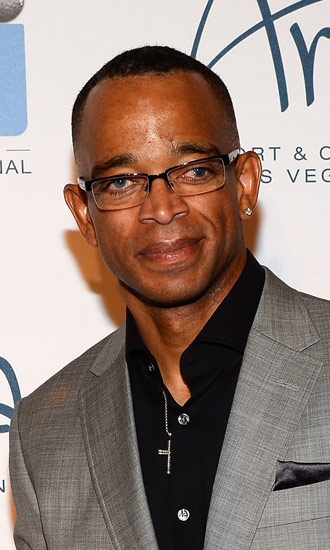 Bio:Stuart Scott (born in Chicago, Illinois on July 19, 1965) was an American sportscaster. He is widely known for being an anchor on ESPN and the network’s SportsCenter. He joined ESPN2 in 1993 to become the host of SportsNight. He quickly moved up the ranks and would go on to interview top athletes like Tiger Woods and Michael Jordan. He also interviewed President Barack Obama and former President Bill Clinton. Stuart also hosted Monday Night Countdown on ESPN. He was diagnosed with cancer in 2007. He died on January 4, 2015.

Best Known For:Stuart was best known for his work in sports broadcasting on ESPN.

Personal Life:Stuart had two daughters — Taelor and Sydni. Stuart suffered an eye injury when he was hit in the face by a football during a New York Jets mini-camp in April 2002. After surgery, he still suffered from ptosis, which is the drooping of the eyelid. He was diagnosed with cancer in 2007. He entered remission in 2012, but was diagnosed again in January 2013.

‘RHOA’ Recap: Marlo Hampton Storms Out After A Heated Confrontation With Kenya & Porsha