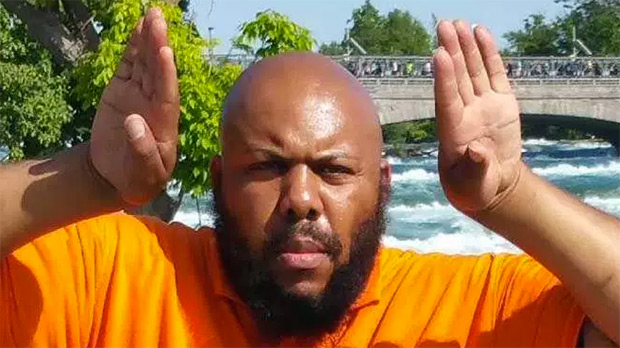 Bio:Steve Stephen, 37, is the suspect of a manhunt spanning from several states [Pennsylvania, New York, Indiana and Michigan] as of April 17, 2017, for the Cleveland murder of an elderly man, Robert Godwin. Stephens posted a video to Facebook where he broadcast the murder of Godwin. He is also suspected of killing other people, but police have not discovered any physical evidence. Stephens posted a video to Facebook on April 16, 2017, where he claimed to have murdered multiple people. Stephens claimed that his girlfriend drove him crazy, therefore he claimed he was going to go on a killing spree. He is currently on the run and at large. Cleveland police have said that he is armed and dangerous.

Best Known For:Steve Stephens is best known for being the main suspect of manhunt by police. He is known for posting a video to Facebook where he shot and killed Robert Godwin on Easter 2017.

Personal Life:Steve Stephens is 6-foot-1 and weighs 244 pounds, according to police. He and his girlfriend reportedly ended their relationship before he claimed to have killed multiple people. Stephens claimed he is a case manager at Beech Brook, which describes itself as a “leading behavioral health agency,” that serves children and families.