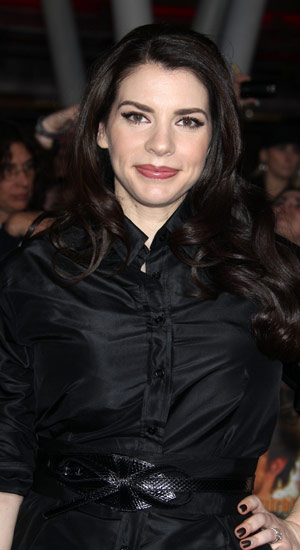 Bio:Stephenie Meyer (born Stephenie Meyer in Hartford, Connecticut on December, 24, 1973) is best known for writing the Twilight books, which have sold over 100 million copies! Twi-hards all over the world are thankful for how she’s changed teen literature and, in turn, film franchises! With the screen adaptations starring Robert Pattinson and Kristen Stewart, the world of vampires has become an obsession! Stephenie was listed as one of the most influential people in 2008 in Time magazine, and she is listed in Forbes as one of the most powerful celebs!

Personal Life:Stephenie is married to Christian Meyer and they have three sons: Gabe, Seth and Eli.