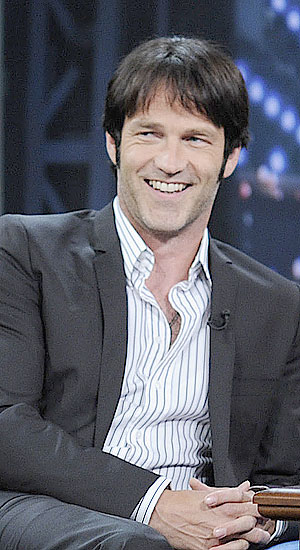 Bio:Stephen Moyer (born Stephen John Emery in Brentwood, Essex, England on October 11, 1969) is an English actor. He is best known for his role as Bill Compton on HBO’s vampire drama, True Blood. He has also appeared in several films, including Prince Valiant and Quills, and acted on stage as Romeo in Romeo and Juliet. Moyer is also the winner of a Satellite Award for True Blood.

Personal Life:Moyer has a son, Billy, and a daughter, Lilac, from past relationships. He married his True Blood co-star, Anna Paquin, in August 2010 and the couple had fraternal twins — Charlie and Poppy — in September 2012.