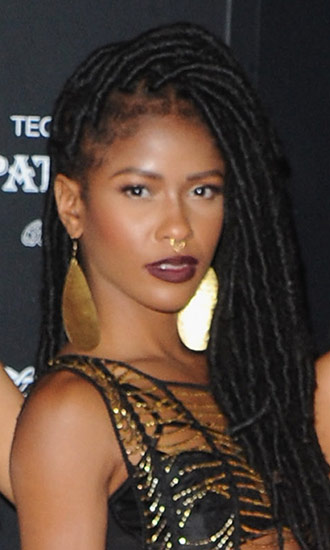 Bio:Simone Battle (born Simone Sherise Battle in Los Angeles, California on June 17, 1989) was an actress and singer. She was a finalist on The X Factor in 2011. She later joined the girl group G.R.L. — essentially, a reboot of The Pussycat Dolls — in 2012. She previously guest-starred on episodes of Everyone Hates Chris and Zoey 101 in 2006. The young and talented star tragically died from an apparent suicide on Sept. 5, 2014 at the age of 25.

Best Known For:Simone Battle is best known for being a contestant on The X Factor in 2011.

Personal Life:Simone Battle was reportedly found dead from an apparent suicide at her Los Angeles home on Sept. 5, 2014. Her father, Anthony E. Battle, told the Daily Mail, “She will be greatly missed and loved. She was an exuberant person and a very loved person.”