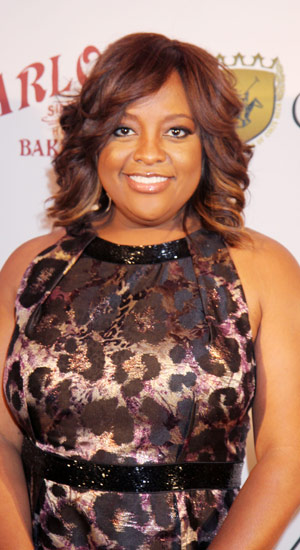 Bio:Sherri Shepherd (born Sherri Evonne Shepherd in Chicago, Illinois on April 22, 1967) is a comedienne, actress, and TV personality. Her first role was on a short-lived TV comedy, Cleghorne!. She landed regular roles on sitcoms, Suddenly Susan and The Jamie Foxx Show, before landing the role of main character, Ramona Platt, on Less than Perfect, from 2002-2006. In 2006, she began guest-hosting The View frequently, before becoming a permanent co-host, on September 10, 2007. In 2009, she had a one-season sitcom on Lifetime called Sherri, about her life. In 2012, she competed in season 14 of Dancing With The Stars. Sherri has also appeared in films like Beauty Shop, Cellular, and Precious.

Best Known For:Sherri is best known as a co-host of The View.

Personal Life:In 2001, she married comedian Jeff Tarpley. Their son, Jeffrey, was born in April of 2005, after Sherri miscarried his fraternal female twin. She and Jeff separated in 2006, and divorced in 2009. On December 26, 2010, she announced her engagement to Lamar Sally, whom she married on August 13, 2011.

‘DWTS’ Recap: A Talented Couple Is Eliminated After Their Best Dance Yet

Jennifer Aniston Looks Exactly The Same 17 Years Later — How It Cost Her $1.5 Million