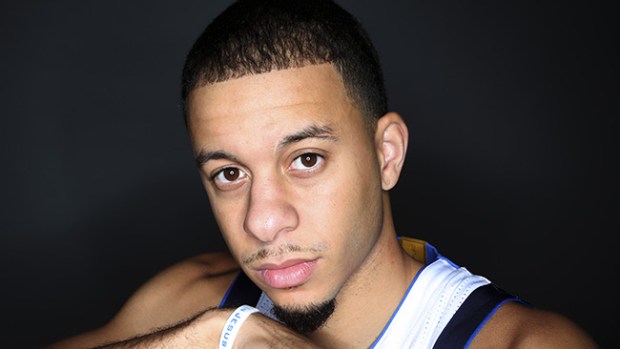 Bio:Seth Curry (born Seth Adham Curry on August 23, 1990 in Charlotte, North Carolina) is an American professional basketball player. Seth grew up in North Carolina, the son of former NBA star, Dell Curry. Seth and his brother, Steph Curry, would attend their father’s games and shoot with the team in warm-ups. That was the start of both Curry brothers’ careers. After graduating Charlotte Christian School, Seth enrolled at Liberty University. After one year, where he averaged 20.2 points per game while playing for the school’s basketball team, he transferred to Duke. Seth finished his college career averaging 14.9 points. He went undrafted in the 2013 NBA draft, but didn’t give up on his dreams. He signed with the Golden State Warriors in 2013, playing in six preseason games before getting waived. He joined the Santa Cruz Warriors in the NBA Development league and bounced around teams until he joined the Sacramento Kings in 2015. Seth declined his $1 million player option for the 2016-17 season, opting to become a free agent. He signed with the Dallas Mavericks in July 2016.

Personal Life:Along with his NBA father and brother, Seth’s sister is also an athlete. Sydel Curry plays volleyball at Elon University, just like their mother, Sonya Curry, did while attending Virginia Tech (the same school his father, Dell, attended) Seth is a fan of the Carolina Panthers, the NFL of his home state of North Carolina.