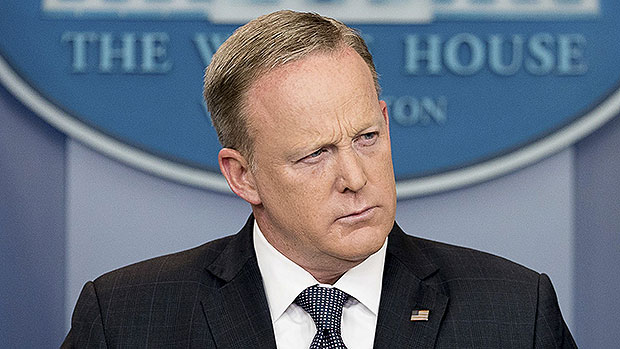 Bio:Sean Spicer (born Sept. 23, 1971 in Barrington, RI) is an American political strategist and the current White House Press Secretary and Communications Director for the Trump administration. Before his current role, Sean was the communications director of the Republican National Committee from 2011 to 2017. In his first  press briefing on Jan. 21, 2017, he was widely criticized after incorrectly stating the number of people in attendance at the Inauguration. Sean also falsely accused the media of framing photos to decrease crowd size and took no questions from the media. On Jan. 23, 2017, Sean held his first press conference and received some better reviews. He also took a number of questions from the press.

Personal Life:Sean attended Connecticut College. He married Rebecca Miller, a TV producer, in 2004. They have two children and live in Alexandria, VA.