‘The Fate Of The Furious’ star has followed in his father Clint Eastwood’s footsteps and pursued an acting career. Find out more about all of Scott Eastwood’s siblings here!

Scott Eastwood, 35, may have gotten his start acting in his father’s films, but he has established himself as an actor and has gone on to many starring roles on his own in films likeSuicide Squad,Snowden,andPacific Rim: Uprising.The son of flight attendantJaclyn Reevesand Academy Award winnerClint Eastwood,Scott got his start with his part in the 2006 filmFlags Of Our Fathers, which his father directed, and Scott acted under the nameScott Reeves. While Scott has established himself as an actor, he’s only one of eight children that Clint has had with six different women. Keep reading to find out more about Scott Eastwood’s siblings.

Scott’s oldest sisterLaurie Murray,67, wasn’t known to Clint until well after she was born. Laurie was born in 1954, when Clint was engaged to his first wifeMaggie Johnson,90, and Laurie was given up for adoption. In her 30s, Laurie became interested in finding out who her biological parents were, and she later found out through paperwork that she was the Million Dollar Babydirector’s daughter. 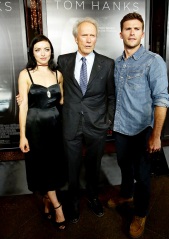 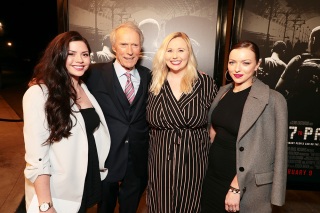 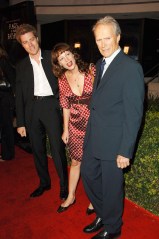 Clint’s second daughter Kimber, 57, was born from an affair with stuntwomanRoxane Tunis,91, in 1964. Like her younger brother, Kimber has gotten into the film industry, taking on a few roles in video shorts as well as producing a handful of TV shows and movies. While her jobs in the movies have varied, most of the jobs listed on her IMDb page are for working in the makeup department on various movies. While she’s done makeup for countless episodes of the reality seriesDog The Bounty Hunterand the game showWheel Of Fortune, Kimber has also worked with her dad, doing makeup for his 2018 pictureThe Mule.

Scott’s oldest brotherKyle,53, was the first child that Clint had with Maggie Johnson. Kyle also has a career in entertainment, which led him to movies and collaborations with his father, albeit in a very different way than Scott. Kyle is a jazz musician, who scored his dad’s 2008 flickGran Torino. The actor’s eldest son has also composed music for documentaries by other filmmakers like Homme Less andTo The Moon And Back. He’s also taken on a few more music department job’s for his dad’s films likeMillion Dollar Baby, via IMDb.

After Kyle, Maggie gave birth to her daughterAlison,49, in 1972. Similar to Scott, Alison became an actress, and many of her early roles in movies likeAbsolute PowerandMidnight In The Garden Of Good And Evilwere parts that her father directed. While she’s ventured out to other roles, she did star in her dad’s 2018 filmThe Mulealongside him, via IMDb. Besides acting, Alison’s other major passion is animals and she opened The Eastwood Ranch, which assists with animal welfare, as well as adoption and fostering. She occasionally takes to her Instagram to show off some of the adorable pets who have been adopted.

Scott’s younger sisterKathryn,33, is the only sibling he shares his mother Jaclyn Reeve with. Both Scott and Kathryn were born while Clint was married to actressSondra Locke. Not much is known about Kathryn, as she’s mostly avoided the limelight, but she has taken on a few acting roles, mostly in short films, per her IMDb page. She did have a part in her father’s 2014 musicalJersey Boys,where she played the character Tommy’s girlfriend.

Francesca,28, was born out of her father’s relationship with actressFrances Fisher,69, from 1990 to 1995. Francesca is also an actress and very recently starred in the summer blockbusterOld,and like her siblings, she’s been in movies that her dad has directed includingJersey BoysandTrue Crime. It seems like Francesca and Scott are very close though. When she gave birth to her sonTitanin 2018, Scott shared a photo of himself with the youngster on his Instagram. “That’s a cute baby being held By an old washed up actor uncle,” he wrote in the caption. “Cant believe my little sister has a baby.”

Scott’s youngest sister was born from his father’s most recent marriage toDina Eastwood(néeRuiz), which lasted from 1996 to 2014. The pair had a girl namedMorgan,24, in 1996. Morgan had small roles in her father’s filmsMillion Dollar BabyandChangeling,but she mostly kept out of Hollywood for 10 years after that. She did work as an associate producer on the 2018 shortDaddy’s Playgroundas well as executive producing and starring in the 2019 shortI See You,according to her IMDb.

Ben Affleck & J.Lo Prove To Be Inseparable As He Visits Her On Set Amidst Romance

Jennifer Lopez & Ben Affleck’s Rekindled Romance Is ‘Very Real’: He’s ‘The One That Got Away’