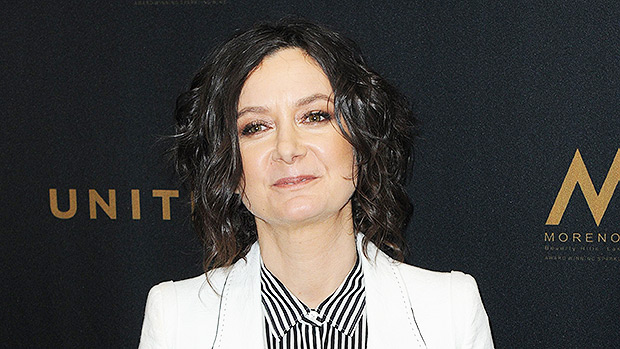 Bio:Sara Gilbert (born Sara Rebecca Abeles in Santa Monica, California on January 29, 1975) is an actress and talk show host.  At six years old, Gilbert decided to get into acting when her older sister, Melissa, received a star on the Hollywood Walk of Fame. She then appeared in Kool Aid commercials before landing a role on Roseanne as Darlene. Gilbert has also had roles on The Simpsons, Will & Grace, 24, Law and Order: SVU and Private Practice. She played Darlene Conner on the sitcom Roseanne in the ’90s, and is a creator of and a current co-host on The Talk, a daytime talk show. Gilbert also stars on The Big Bang Theory as Leslie Winkle.

Best Known For:Sara Gilbert is best known for starring on Roseanne and co-hosting The Talk.

Gilbert dated her Roseanne co-star Johnny Galecki as a teenager, and it was during that relationship that she realized she was a lesbian, though she did not come out publicly until 2010. Galecki and Gilbert remain friends. Gilbert has two children with TV producer Allison Adler: daughter Sawyer and son Levi Hank. Gilbert and Adler separated in 2011. Gilbert is currently married to songwriter Linda Perry, and they have a son, Rhodes Emilio.