Will Annie Porter reunite with Jack Traven for one last adventure? Sandra Bullock wants to do another ‘Speed’ movie with Keanu Reeves ‘before we die,’ but don’t expect them to put the pedal to the metal.

“I would love nothing more than to do a comedy with Keanu [Reeves] before we die. Just laugh with him. He’s funny,” Sandra Bullock tells Esquire in the new profile on The Matrix: Resurrections star. Sandra, 57, apparently still feels the need for Speed nearly 30 years after starring in the action blockbuster with Keanu, 57. Or, she wants to spend more time with her friend. While talking with Esquire, Sandra pitched the kind of movie she’d like to do with Keanu, and this hypothetical reunion…won’t be as fast as their first on-screen pairing.

“We can be seventy-five—it’ll be even better then, like an old-people Cocoon thing,” she says. “We [can] play two funny old people. A road trip. Just put us in an RV as old people. It’ll be the bookend of Speed! We’ll just be driving really slowly. Pissing the world off. There’s our movie.” So, one can expect Speed 3: Turn Signal Always On to hit theatres and streaming services sometime in 2040.

This proposed pairing would also bookend Sandra and Keanu’s on-screen partnership. The two first starred opposite each other in 1994’s Speed, a landmark movie for the decade and helped cement Keanu’s status as an action star. Though he didn’t return for the sequel – 1997’s Speed 2: Cruise Control – Keanu and Sandra worked again on the 2006 fantasy romance, The Lake House. There was also plenty of “romance” on Speed, with both Keanu and Sandra owning up to having crushes on each other many years after the fact.

Sandra Bullock Through The Years 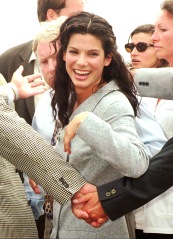 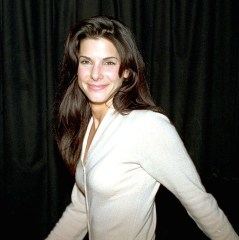 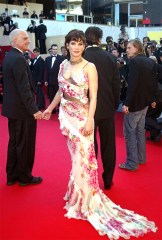 Sandra doubled down on how she and Keanu never progressed beyond these workplace infatuations. “Nope,” she said in response to how they never got-together got-together, and how doing so might have ruined a great friendship. “But who knows? Keanu’s a guy who, I feel like, is friends with every woman he’s ever dated. I don’t think there’s anyone who has something horrible to say about him. So maybe we could have survived. I don’t know. But we didn’t have to survive anything.”

“We just get to grow up together on parallel roads and tip our hats and meet for a dinner and try to work together,” she continued. “And the longer time goes on, the more in awe I am of the human being. Would I have been able to say that if he had dumped me and made me angry? Probably not.” Since then, Sandra has been involved with Bryan Randall since 2015. Keanu has also been in a long-term relationship with Alexandra Grant.

Arnold Schwarzenegger’s Ex-Wife: Everything To Know About Maria Shriver

Heidi Klum’s 2 Daughters: Everything To Know About Her Adorable Girls Leni & Lou