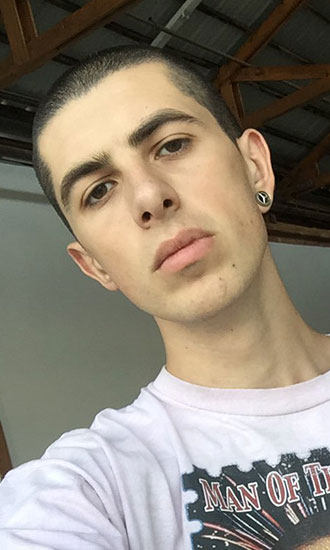 Bio:Sam Pepper (born Samuel Pepper on March 26, 1989 in Ashford, Kent, England) is a British YouTube star and TV personality. He appeared on the 2010 season of Big Brother, where he was known for fighting with Josie and Dave. He later became famous for filming controversial pranks, such as grabbing womens’ butts and faking deaths. He was accused of rape in 2014. In Jan. 2017, he was romantically connected to Bella Thorne after Snapchats surfaced of them holding hands in bed together.

Best Known For:Sam is known for his controversial YouTube pranks and being on Big Brother.

Personal Life:Sam was born in Ashford, Kent, England to Greek parents. He went to Pent Valley Technical College before becoming a contestant on Big Brother. In Jan. 2017, fans began to speculate that he might be dating actress Bella Thorne. The rumors began after he and Bella shared photos and videos of each other on their Snapchats, including one holding hands in bed. They also began liking flirty tweets the other posted as well as Instagram photos.