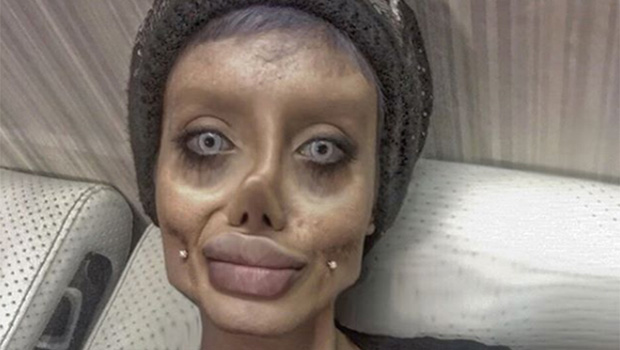 Bio:Sahar Tabar (born 1989 in Iran) is an Iranian woman, model and Instagram celebrity. Sahar became a viral sensation in 2017 when reports claimed she underwent 50 plastic surgeries to transform herself into an Angelina Jolie look-alike. A Belgian news site claimed that she also underwent an extreme diet to lose 40 kilos / around 88 pounds, giving her a more emaciated look. Her Instagram pictures showed a radically transformed face, with sunken eyes and exaggerated cheekbones. Sahar responded to these reports with a Nov. 2017 video where she reportedly mentioned technology and makeup, almost indicating that her look was the product of prosthetics. She removed all pictures of her “before” her surgeries, but these shots have since appeared throughout the Internet.

Personal Life:As of Dec. 2017, Sahar had more than half a million followers. She posted a video in December 2017 that showed her using a Kylie Jenner lip-kit on her visibly enhanced lips.