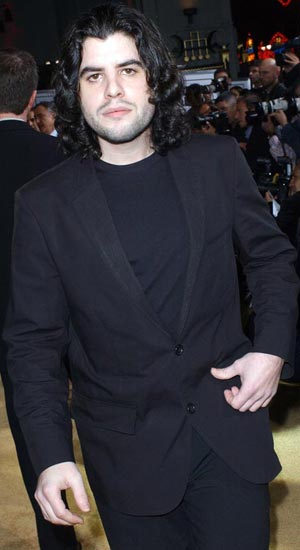 Bio:Sage Moonblood Stallone (born in Los Angeles, California on May 5, 1976) was an actor, director and producer. He was the son of Sylvester Stallone and Sasha Czack. He had one brother, Seargeoh Stallone, and three sisters, Sistine, Sophia, and Scarlet Stallone. His uncle was actor Frank Stallone and his stepmother was Jennifer Flavin. Sage died on July 13, 2012. He was found dead in his apartment in Hollywood, California after an apparent pill overdose.

Sage Stallone made his acting debut in 1990 in his father’s film, Rocky V. He also appeared in Daylight, another of his father’s films, in 1996. In the same year, he co-founded Grindhouse Releasing, which is a Los Angeles based company dedicated to the restoration and preservation of exploitation films.

Personal Life:He was married to Starlin Wright for a year, from 2007-2008, and then had the marriage annulled.