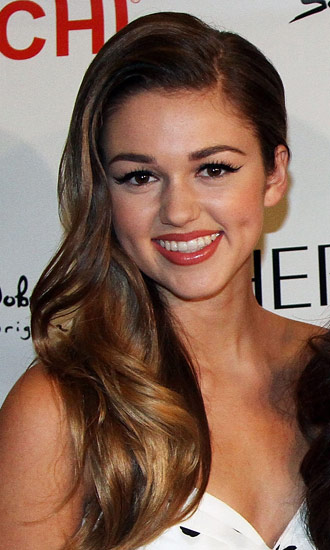 Bio:Sadie Robertson, 17, (born in West Monroe, Louisiana) is an American reality television star from Duck Dynasty. In 2013, she designed her own dress line, Live Original by Sadie Robertson, with designer Sherri Hill, and modeled the collection at New York Fashion Week. She is competing on Season 19 of ABC’s Dancing With The Stars, which premiered on Sept. 15, 2014, and is paired with professional dancer Mark Ballas.

Personal Life:Sadie is the granddaughter of controversial Duck Commander founder Phil Robertson. Her parents are Korie and Willie Robertson, and her older brother is John Luke Robertson. Sadie currently attends Ouachita Christian High School in Monroe, Louisiana. She has been dating her boyfriend, Beau, for eight months, as of September 2014.