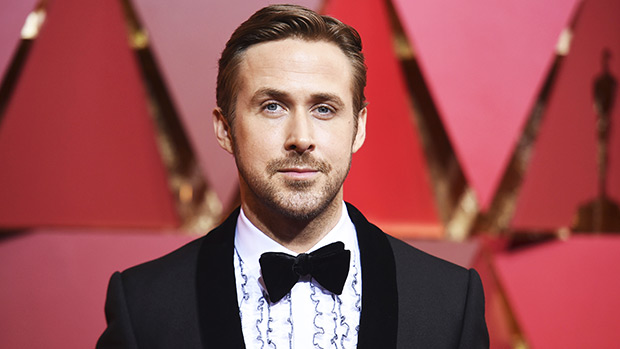 Bio:Ryan Gosling (born in London, Ontario, Canada on November 12, 1980) got his big break after being cast in the Mickey Mouse Club, in 1993. He went on to star on Are You Afraid of the Dark, Goosebumps, and then he got his biggest role in 2004, when he starred as the lead in The Notebook. Ryan went on to star in Crazy, Stupid, Love, The Nice Guys, The Big Short, and La La Land. For La La Land, Ryan received a Golden Globe Award for Best Actor and an Oscar nomination for Best Actor.

Best Known For:Ryan is best known for starring in movies like The Notebook, Drive, Lars & The Real Girl, and most recently, Gangster Squad.

Personal Life:Ryan dated Sandra Bullock from 2002-2003 and then dated Rachel McAdams, his co-star in The Notebook. They were together for two years and he has described her as “one of the greatest loves of my life.” He has also been linked to Blake Lively, Kat Dennings, Olivia Wilde, and he’s currently in a relationship with Eva Mendes. They welcomed their first daughter, Esmeralda, in September 2014. In September 2016, Eva was reportedly expecting her second child with Ryan. Their second daughter Amada Lee was born in May 2016.