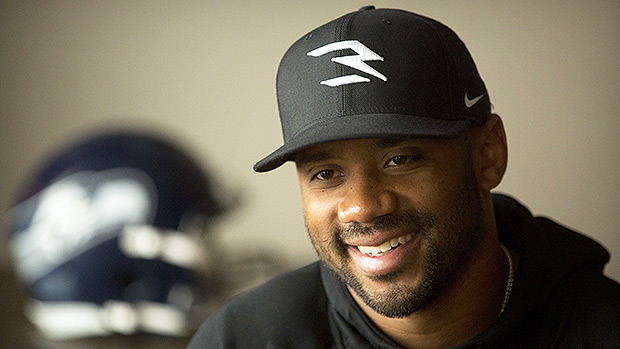 Bio:Russell Wilson (born Russell Carrington Wilson, in Cincinnati, Ohio, on Nov. 29, 1988) is an American football quarterback for the Seattle Seahawks of the National Football League (NFL). He played college football for the University of Wisconsin during the 2011 season and received the Big Ten Quarterback of the Year award. He was also named a consensus first-team All-Big Ten and third-team All-American by Yahoo! Sports. Russell went on to sign a four-year, $2.99 million contract with the Seattle Seahawks on May 7, 2012. He was named the team’s starting quarterback in 2012.  During the time, he was named the Pepsi NFL Rookie of the Year in 2012. In 2013, Russell led the Seahawks to its first ever Super Bowl victory. He is also an active volunteer in the Seattle community and makes weekly visits on his days off to the Seattle Children’s Hospital.

Best Known For:Russell is best known for being a quarterback in the NFL and winning the Super Bowl in 2013.

Personal Life:Russell has been a devout Christian since he was 14 when he said he saw Jesus in a dream. He uses Twitter to post daily Bible verses. He married his longtime girlfriend, Ashton Meem on January 14, 2012 in Richmond, Virginia. The couple announced in April 2014, that they had filed for divorce. He began dating Ciara in 2015. The two were married on July 6 in Liverpool, England, and in October, they revealed she was expecting their first child