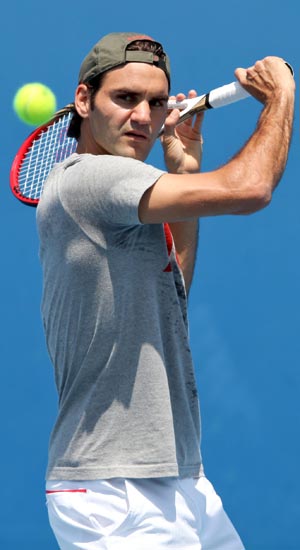 Bio:Roger Federer (born Aug. 8, 1981) is a Swiss pro tennis player. He holds the record for most Grand Slam singles titles with 17, including seven at Wimbledon. He carried the flag for Switzerland in the 2004 and 2008 Olympics, but graciously declined the honor in 2012. The Swiss gave the flag to his doubles partner, Stan Wawrinka, who he won Olympic gold with at the Beijing games in 2008.

Best Known For:Federer is best know for his professional tennis career, and is the winner of 17 Grand Slams and currently ranked #1 by the Association of Tennis Professionals (ATP).

Personal Life:Roger’s parents both worked for a pharmaceutical company and met on a business trip. His father came from Switzerland and his mother from South Africa, where Roger has dedicated much of his humanitarian efforts. In 2003, he initiated the Roger Federer Foundation, which gives impoverished African children access to early education and promotes recreational activities. Roger met his wife, Miroslava Vavrinec, at the 2000 Sydney Olympics and the couple married in April 2009. Three months later, they welcomed the birth of their twin girls, Charlene Riva and Myla Rose.