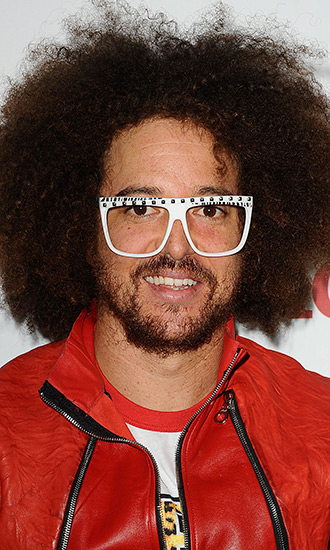 Bio:RedFoo (born Stefan Kendal Gordy on September 3, 1975 in Los Angeles, California) is an American singer, dancer, record producer, DJ and rapper. He is one half of the musical duo LMFAO. LMFAO has released hit after hit, including the songs “Party Rock Anthem”, “I’m In Miami Bitch”, “Shots” and “Sexy And I Know It”. Foo and LMFAO have collaborated and performed with multiple artists, including Kanye West, Pitbull, Will.i.am, David Guetta, Steve Aoki and Madonna. Foo and LMFAO have countless nominations and awards including AMAs, VMAs, and Nickelodeon Kids Choice Awards. Foo is currently competing on season 20 of Dancing With The Stars with partner Emma Slater.

Best Known For:RedFoo is best known for being part of LMFAO.

Foo is the son of Berry Gordy Jr., who founded Motown Record Company. Foo has dated tennis player Victoria Azarenka, though they split up in 2014. Foo has not dated since, and remains close friends with Azarenka. He has his own clothing line, Party Rock Clothing, through which he sponsors the Party Rock Open, which is an ITF Women’s Circuit tennis tournament.

Dr. Dre Seen With Mystery Woman In 1st Pic After Being Ordered To Pay Ex Nicole Young $300K A Month