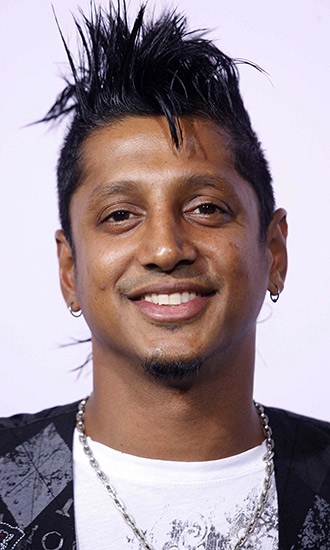 Bio:DJ RaviDrums (born Ravi Jakhotia in New York, New York in 1968) grew up in Tampa, Florida and has created a career as a percussionist. He played with a variety of bands on drums and as a vocalist in some cases in bands like Crimson Glory and The Last Goodnight. Over the years he has performed with Paula Abdul, Britney Spears, and The Black Eyed Peas. He even played at the Oscars for Slumdog Millionare and worked as the music director on Howie Mendel’s show Howie We Do It.

Personal Life:Ravi grew up in Tampa, Florida where he attended Chamberlain High. He is now married and lives in Orange County, California.