Two women who were fed up with their cellulite tried the new QWO treatment & report that it worked. Here’s what you need to know.

“I felt like a teenager, there was such a difference,” Janine, a 43-year-old technology specialist, enthuses about her now cellulite-free legs.

Janine, who had been bothered by the cellulite on the back of her legs, especially after the birth of her child four years ago, is thrilled today with the results of a new FDA-approved cellulite treatment called QWO (aka collagenase clostridium histolyticum-aaes).

Kathleen Ferrazzano, a 38-year-old secretary agrees. “I’ve had cellulite for as long as I remember. I tried every cream, lotion, and treatment. You name it, I tried it. I spent thousands of dollars on creams and procedures,” she told HollywoodLife. “Now, I would tell anyone who’s worried about cellulite, just do it (QWO). You’ll be so happy.”

These QWO reviews should be music to the ears of the millions of women, who are frustrated by the tell-tale dimples so frequently seen on the backs of their legs and their buttocks. No amount of working out will get rid of them, which Janine can attest to. “I work out all the time, but no matter what I did and how slim I was, I had cellulite,” she reports. 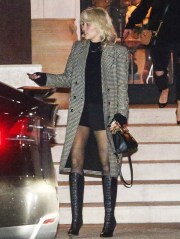 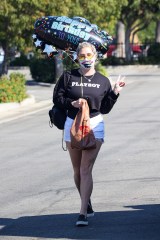 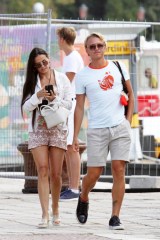 “I didn’t have a weight problem, I had cellulite”, Kathleen agrees.

That’s because cellulite has nothing to do with diet or lack of exercise, according to Dr. Bruce Katz, the Director of the New York Juva Skin & Laser Center. Katz, a dermatologist, who is also a Clinical Professor at The Icahn School of Medicine at Mt. Sinai, has been treating patients with QWO and participated in the FDA studies of the treatment, before its approval.

“Exercise can improve the appearance of cellulite a little, but I’ve seen it on marathon runners and triathletes,” says Katz, who explains that cellulite is caused by fibrous bands that connect the skin to underlying muscles. When the bands start to thicken- usually after puberty, sometimes worsening after pregnancy – the bands pull down the skin and create the signature dimples known as cellulite.”

So why is cellulite something that afflicts women and not men? “The fibrous bands are vertical in women and when they thicken, they pull down,” points out Katz. “For men, the fibrous bands attach to the underlying muscle at angles, they are more diagonal. That’s why women develop fat pockets on the hips and thighs and men develop more in the stomach and therefore get ‘love handles’.”

Just like Kathleen and Janine, Dr. Katz has treated patients with other cellulite treatments including a laser treatment called cellulase, but none achieved the improvements of QWO.

Here’s how QWO works to erase cellulite: the enzymes in QWO – called collagenases – are injected into each cellulite dimple. These enzymes “attack the two types of collagen that are in the hardened fibrous bands under the skin and dissolves them,” explains Dr. Katz.

The procedure involves three treatments, separated by three weeks each. An injection is made into every dimple on the patients’ thighs and/or buttocks.

Dr. Katz says that depending on the patient, he will need one or two vials of QWO. Each vial contains enough QWO to inject into 12 dimples and the needles are tiny.

Both Janine and Kathleen report that the needles are “uncomfortable” but not “painful.” “It feels like you’re getting little needles in your legs and buttocks,” describes Janine.

There is little downtime. Dr. Katz says patients only need to avoid exercise the day of treatment though Janine waited four to five days after her first treatment before hitting the gym again.

Both women said that soreness and some bruising were less of an issue after the second and third treatments.

But it was after just the second treatment that both women were astounded by the improvement in the look of their cellulite. “I was super, super satisfied,” Kathleen said after her second treatment. “After the second round, I was so improved that I felt like I didn’t even need to do the third,” Janine remembers.

Despite both women noticing the vast improvement in the appearance of their cellulite after two procedures, both were told by Dr. Katz, who treated them, that it was essential to complete the treatment.

They are glad that they did. “Now, I feel like my legs and buttocks are completely smooth”, relates Janine. “The cellulite is not completely gone, but it’s 95% gone,” reports Kathleen.

As for the time commitment, each treatment takes anywhere from about fifteen minutes to half an hour. Cost can vary depending on the dermatologist you see, but you can expect to pay about $695 per treatment for less than twelve cellulite dimples and $995 for up to twenty-four dimples.

Nevertheless, Kathleen and Janine, enthusiastically support their investment in the QWO treatment.

“For the first time ever, I’m wearing shorts on a vacation. I’ve been with my husband for eighteen years and I’ve never done that before,” says Kathleen.

“It’s like night and day from before I started the treatment,” shares Janine. “I now wear shorts and bathing suits without feeling self-conscious. I used to wear something over my swimsuits- now I don’t!”

To find a board-certified dermatologist in your area, go to the QWO website and go to the specialist-locator.

Adele: How You Can Shed Major Weight Like The Singer Using Pilates — Experts Explain