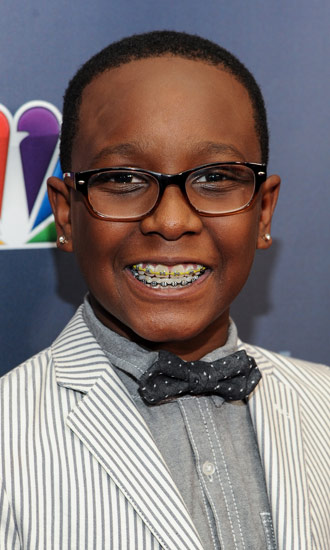 Best Known For:Quintavious Johnson is best known for being a finalist on season 9 of America’s Got Talent. The talented 12-year-old brought his big voice to the stage every performance and consistently wowed the judges. During his time on the show he sang, “Listen,” “Who’s Lovin’ You,” “And I Am Telling You I’m Not Going,” “I’d Rather Go Blind,” “I’m Going Down,” and “Let It Be.” The judges constantly praised him for his style, stage presence, big voice and incredible amount of confidence.

Personal Life:Quintavious Johnson has always known that he wanted to be a singer. His mother, Yolanda revealed that he started to sing when he was just 11-months-old! At the age of five, he joined the Lime Stone Baptist Choir. He has also taken his talents to the stage of the Grand Ole Opry and has sung the national anthem at several sporting events including for the Nashville Sounds.