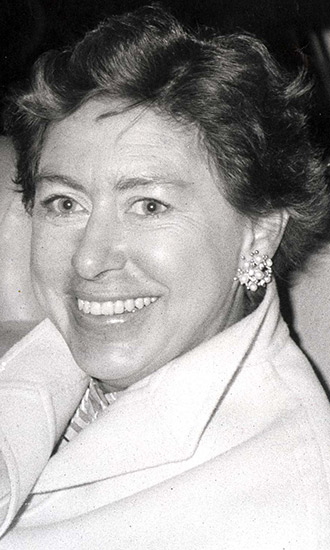 Bio:Princess Magaret (born Margaret Rose in Glamis, Scotland on August 21, 1930) was the Countess of Snowden. Margaret was  born into the British royal family as the youngest daughter of King George VI and Queen Elizabeth. In 1936, Margaret’s life shifted when her father became the King. She became second in line to the throne, after her sister Queen Elizabeth II. She then became the Countess of Snowden in May 1960, after marrying Anthony Armstrong-Jones Margaret, Earl of Snowden. She was always  viewed as one of the more controversial members of the royal family. Her romantic relationships were highly publicized and criticized throughout her life. On Feb. 9, 2002, the Countess died at King Edward VII Hospital in London after suffering from her fourth stroke.

Best Known For:Princess Margaret is best known for being the Countess of Snowden. Her past relationship with different men was also earned a lot of negative publicity.

Personal Life:Princess Margaret is the youngest daughter of King George VI and Queen Elizabeth and the only sibling of Queen Elizabeth II. After World War II, Margaret became engaged to Group Captain Peter Townsend. But shortly after, the two broke off their engagement, opening the door for her to begin a relationship with Antony Armstrong-Jones. In May 1960, the couple married, making her the Countess of Snowden. They had two children together before divorcing in 1978. In the final two decades of her life, Princess Margaret’s health began to deteriorate. She was a very heavy smoker, and had to undergo a lung operation in 1985 because of it. As a result of the operation, she suffered from pneumonia in 1993. She also suffered from at least three strokes between 1998 and 2001. On Feb. 9, 2002, she was rushed to a hospital in London after suffering from another stroke. She ultimately died in her bed.