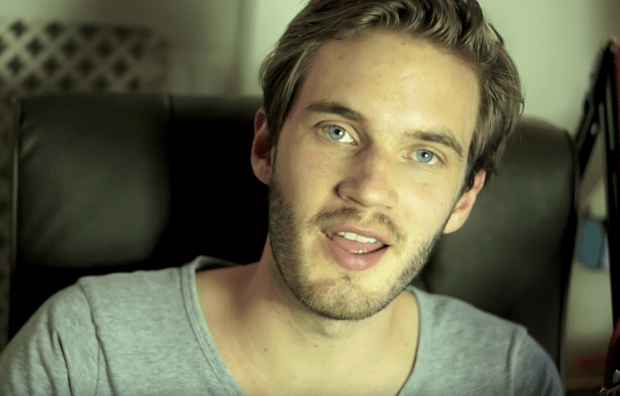 Bio:PewDiePie (born Felix Arvid Ulf Kjellberg in Gotherberg, Sweden on Oct. 24, 1989) is a YouTube vlogger, who gained fame for his “Let’s Play” commentary. Born Felix, he originally pursued a degree in industrial economics and technology management at Chalmers University of Technology. While attending university in 2010, he created his PewDiePie account, which primarily focused on providing commentary on various video games on YouTube. He dropped out of college one year later to focus on his channel full time. Because his parents refused to support his YouTube business, PewDiePie began working at at hot dog stand to fund his videos. He quickly gained a huge following, surpassing one million views in 2012. Only one year after that major accomplishment, PewDiePie became the most subscribed YouTube channel. He’s maintain the title since Aug. 2013, with the exception of a brief gap in Dec. 2013.

Best Known For:PewDiePie is best known for vlogging on his own YouTube channel, adding commentary about popular video games and releases. His video content has attracted millions of views because of its silly and obnoxious nature.

Personal Life:PiewDiePie met his girlfriend Marzia Bisognin in 2012 through a mutual friend. Shortly after dating, the two moved to Italy, where they currently live together. PiewDiePie has noted on his YouTube channel that he is an agnostic atheist.