Penelope Cruz, 44, was the perfect person not close out the red carpet atthe 70th Primetime Emmy Awards at the Microsoft Theater in Los Angeles on Monday, September 17. The actress, who is nominated for an Emmy for her work in The Assassination of Gianni Versace, stunned in a strapless white Chanel dress with feathers throughout. She wore her hair up to show the beautiful feather detail of the dress, and her breathtaking diamond necklace. — See her look, below!

Cruz is in the running forOutstanding Supporting Actress in a Limited Series or Movie for her work (as Donatella Versace) inThe Assassinationof Gianni Versace: American Crime Story. However, she has competition from her own cast, as Judith Light, who plays Marilyn Miglin, is also nominated in the same category. When asked about what it meant to play such a character as Donatella, Cruz gushed over the iconic designer.

“I think for to play a real character and real person I know, that I have seen through the years, she’s been lovely to me,” Cruz told E!‘s Giuliana Rancic on the red carpet. “The first thing I did was call Donatella and asked for her opinion, and she said she wasn’t in the show, but if someone was going to play her, she was happy it was me. I needed that kind of blessing i think she knows how much I like and respect her.”

Cruz continued: “She’s very inspiring. She has a wonderful personality and she’s gone through two much. She’s proved to have this courage and strength in difficult situations. I felt a lot of compassion for what happened, but in the middle of that horrible thing, she had to carry the responsibility of the entire company and she made it happen. I felt like it was such a serious subject and we treated it with all of the respect that it deserves.” 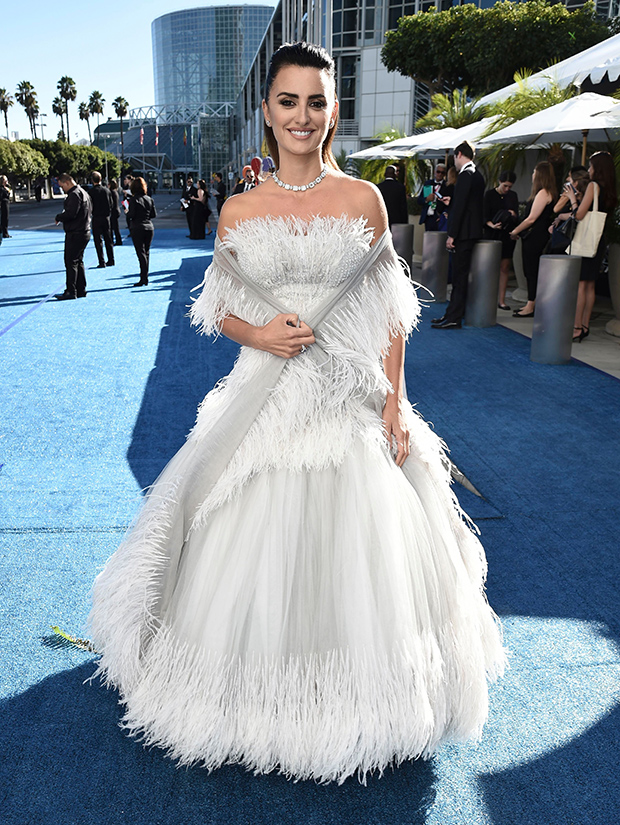