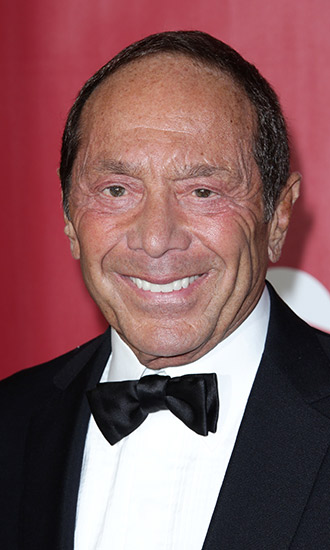 Bio:Paul Anka (born Paul Albert Anka on July 30, 1941 in Ottawa, Ontario, Canada) is a Canadian-American singer, songwriter and actor. Paul recorded his first single (“I Confess”) at age 14, when he traveled from Ontario to New York City on an audition for Don Costa at ABC. His song, “Diana,” brought him stardom as it reached #1 on the Canadian and music charts. During the 1950s, he was a successful singer and he toured internationally with other singers like Buddy Holly. He found further success as a songwriter, penning the theme song for Johnny Carson’s version of The Tonight Show, as well as songs for Tom Jones (“She’s a Lady”) and Frank Sinatra (“My Way.”) He had comebacks during the 1970 and 1990s, working with Michael Jackson on “This Is It” in the 1980s. In addition to singing, he has acted in movies like The Longest Day, Girls Town, 3000 Miles To Graceland and Captain Ron.

Personal Life:Paul became a naturalized American citizen in 1990. His father was Syrian-American and his mother was Canadian-Lebanese. He was married to Anne de Zogheb, from 1963 to 2001. They have five daughters together – Amelia, Anthea, Alicia, Amanda (who’s married to actor Jason Bateman) and Alexandra. In 2008, Paul married his personal trainer, Anna Aberg. They divorced in 2010, after they had a child together – a boy, Ethan. In 2016, Paul married Lisa Pemberton.