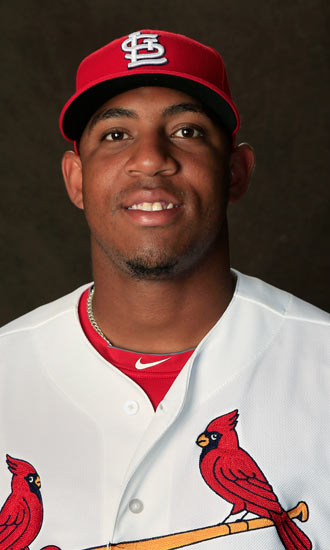 Bio:Oscar Taveras (born Oscar Francisco Taveras in Puerto Plata, Dominican Republic on June, 19, 1992) Oscar was a professional baseball player for the St. Louis Cardinals who signed him as an undrafted free agent in 2008. On Oct. 26, 2014 Oscar and his girlfriend tragically passed away in a car accident in Puerto Plata.

Best Known For:Oscar Taveras is best known for playing for the St. Louis Cardinals. In 2013, MLB.com ranked Oscar as the Cardinals number one prospect and number three prospect in its Top 50 Prospects. During his second game playing on the main roster, Oscar hit a home run, which ended up clinching the win for the Cardinals.

Personal Life:Oscar Taveras was born in Puerto Plata, Dominican Republic and moved to Montreal, Canada during his teenage years where he obtained his Canadian citizenship. Baseball definitely ran in the family. Oscar’s father himself was an outfielder in the Milwaukee Brewers’ minor leagues. In 2008, the Cardinals signed Oscar as an undrafted free agent and assigned him to the Dominican Summer League Cardinals. Tragically on Oct. 26, 2014 Oscar and his girlfriend passed away in a car crash in his hometown.

Cody Christian Takes Center Stage In ‘Notorious Nick’: This Is What I’ve Been ‘Fighting For Forever’