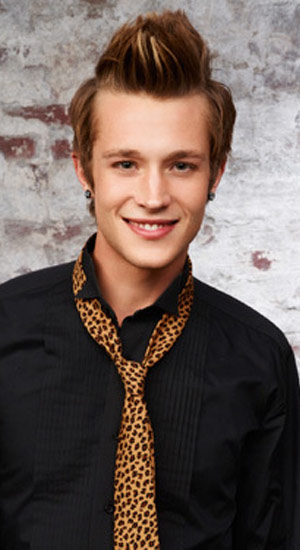 Bio:Nick Roux (born Nicholas Edward Roux in Long Beach, California on December 13, 1990) is an American actor. He is best known for his role as Billy Nutter on ABC Family’s Jane By Design. He contributes his own style and fashion aesthetic to the costumes for Billy. Nick’s first movie role was in the Disney tele-film, Lemonade Mouth. Nick appeared as Jean Luc on the Disney channel’s The Suite Life on Deck. He also had a guest role on Wizards of Waverly Place.

Best Known For:Nick is best known for his role as Billy on ABC Family’s Jane By Design.

Personal Life:Nick Roux has been linked to Jane By Design co-stars, Erica Dasher and Mariah Buzolin, but has neither confirmed nor denied a relationship with either. He has been previously linked to Lemonade Mouth co-star, Naomi Scott.