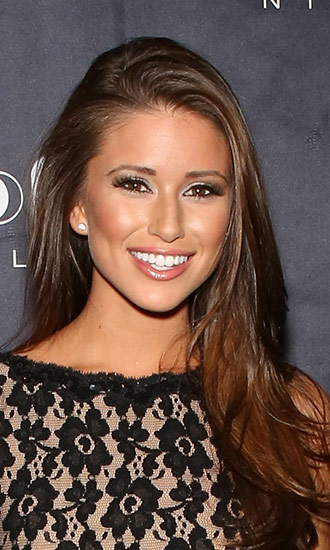 Bio:Nia Sanchez is the reigning Miss USA, having won the crown no June 8, 2014. Born in Sacramento, California, Nia represented Nevada in the Miss USA competition, as she moved to Las Vegas with her parents when she was seven. A trailblazer, Nia was the first Miss Nevada contestant to win Miss USA, and the fourth Hispanic contestant to win Miss USA. Nia has previously competed and won Miss Citrus Valley, Miss Hollywood USA, and second runner up in the Miss California pageant. Nia also holds a black belt in tae kwon do and has been studying since she was eight years old; she believes that it’s important for women to be able to defend themselves. After high school, Nia moved to Europe to work as a nanny, and she was chosen as one out of thousands to be a face character at Hong Kong Disney.

Personal Life:Nia has been dating actor/model Daniel Booko since her time as Miss Nevada. Her parents divorced when she was six years old, during which time she lived in a women’s shelter.