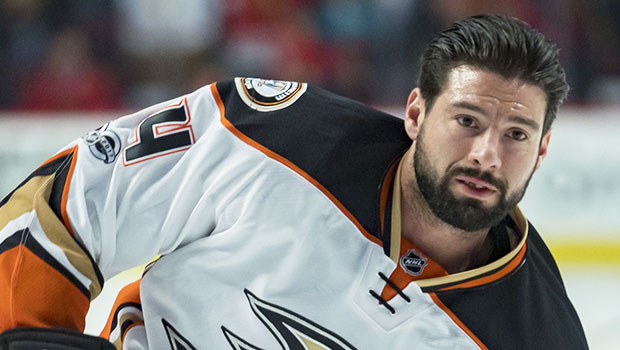 Bio:Nate Thomspon (born in Anchorage, Alaska on October 5, 1984) is an American professional ice hockey player. He currently plays for the Anaheim Ducks on the National Hockey League. Nate previously played with the Boston Bruins, New York Islanders, and the Tampa Bay Lightning.

Best Known For:Nate is best known for being a professional hockey player.

Personal Life:Nate married Cristin Thompson in 2013 and they had a son together. They have reportedly divorced. Nate and Flip or Flop star Christina El Moussa were seen getting to know each other at the Ducks in Tux charity event in Jan. 2017.