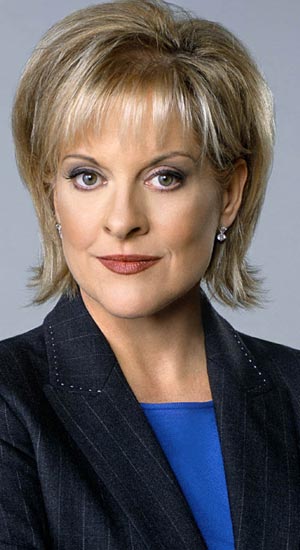 Bio:Nancy Ann Grace (born October 23, 1959 in Macon, Georgia) is an American legal commentator, television host, journalist, and former prosecutor. She is known for hosting Nancy Grace, a nightly celebrity news and current affairs show on HLN. She was also the host of Swift Justice with Nancy Grace, a syndicated courtroom reality show on which her replacement, District Court Judge Jackie Glass has taken over the show after Nancy’s departure in the first season. She has been involved in a number of controversies when covering famous court trials like the Elizabeth Smart kidnapping where she claimed that the suspect Richard Ricci was guilty even though there was little evidence to support it.

She was also an author writing books like Objection! — How High-Priced Defense Attorneys, Celebrity Defendants, and a 24/7 Media Have Hijacked Our Criminal Justice System in 2005 as well as in fiction in The Eleventh Victim published in 2009. She followed that with her second novel Death on the D-List on August 10, 2010. Nancy was also one of the contestants on the thirteenth season of Dancing With The Stars in 2011. In June 2016, she announced that she will leave HLN in the Fall.

Best Known For:Nancy Grace is best known for her tough demeanor and dogged following of both the Natalee Hollowee case and the Casey Anthony trial.

Personal Life:Nancy is married to David Linch and the couple has twins together in 2007.